Covenant – In Times Before The Light (B&C) Long Sleeve

Official licence from the band

Printed on both sides

An experimental metal band from Hamar/Oslo, Norway, founded in 1992 by Stian Arnesen (aka Lex Icon/Nagash), who was then joined by Amund Svensson (aka Psy Coma/ Blackheart/Thanatos). Covenant was initially founded as an atmospheric/symphonic/melodic/black metal hybrid, but made a drastic stylistic turn towards more modern industrial/electronic influenced metal on their third album Animatronic. Since 1999 the band has been known as The Kovenant as they were forced to change name after a copyright dispute. Since 2003 they have been working on their fifth album Aria Galactica, which remains uncompleted. 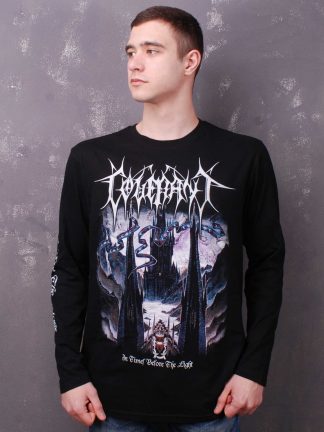 You're viewing: Covenant – In Times Before The Light (B&C) Long Sleeve $ 19,99
Select options
All search results