It’s through-composed black metal, played with some traditional sounds and folk-inspired melodies. The songs are long, with the typical hard, black metal versus soft, acoustic folk dynamic all over the place. Clean vocals show up in “Schwarzpfad IV (Heil Ragnarok!)”. So at first blush, it seems fairly typical for the pagan metal genre. But after multiple listens, it becomes apparent that this is more than just another pagan metal album.

Recorded in different studios during September 2010 – January 2011.
Mixed and mastered at Kalthallen Studio. 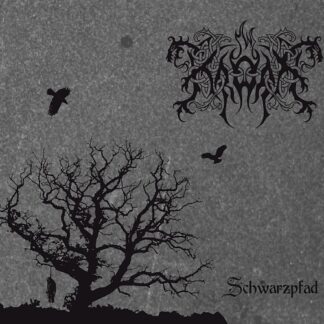