Dawn of Iron Blades was originally created by Rob Darken in 2004, a few years after Graveland became his solo project.
As Darken says: “There were some new people on board while creating this new face of “Dawn of Iron Blades”: Olya (female choir vocals) and Miro (drums, and new drum lines). New bass and keyboard parts were prepared by me back in 2016, mix of both Polish and English version was done in 2017.” 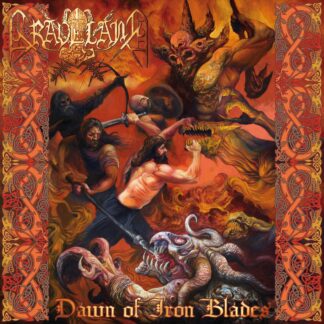