Cry to Me, River… is an impressive feat for a band formed only a year prior, an expansive debut album which very carefully incorporates synthesizers and flutes alongside its raging metal heart. Few bands, even years after this release, are so successful at fusing such elements into a lasting whole, but Kroda have done so with all three of their full-length efforts to date. This is the work of two Ukrainians: Eisenslav (who has put out one other record under the name Volvh), and the more prolific instrumentalist Viterzgir, who also works in Capitollium, Ruina, Dragobrath and his solo band Leadhaze. Both of them perform a myriad of duties on the record, and they do this better than most fully stocked 6-8 piece folk metal bands out there. 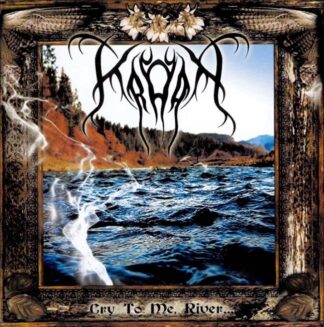